Johan Fourie had been part of the SA National Parks for 20 years. He started his conservation career as a trails ranger, doing duty for 4 years on the Wolhuter and Olifants Trails in the Kruger National Park . After that he progressed into the field of environmental education, social ecology, and later back to wildlife management, where he was responsible for developing the wildlife management skills of conservation staff. Johan resigned from the SANP in June 2000. He was MD of The Nature College Wild Life Training (Pty) Ltd for 15 years and now steps back as Director and supporting role for Nadia Lourens.

Johan is a National Nature Guide Dangerous Animals Areas (Level 4) with FGASA Level 3 SKS Dangerous Game. He is also a CyberTracker accredited Track and Sign Specialist and Evaluator, as well as being CATHSSETA Assessor and Moderator and SASSETA Assessor and FGASA Evaluator. Johan’s first love is to take people into the bush and to share his passion for nature with them. He has developed a unique holistic approach to nature interpretation, which he applies in the fields of environmental education, training, development and personal growth. He is also a professional field guide with specialist skills in the handling of dangerous animals. Johan has assembled a team of experts associated with The Nature College. Their collective skills and experience makes this a formidable group. 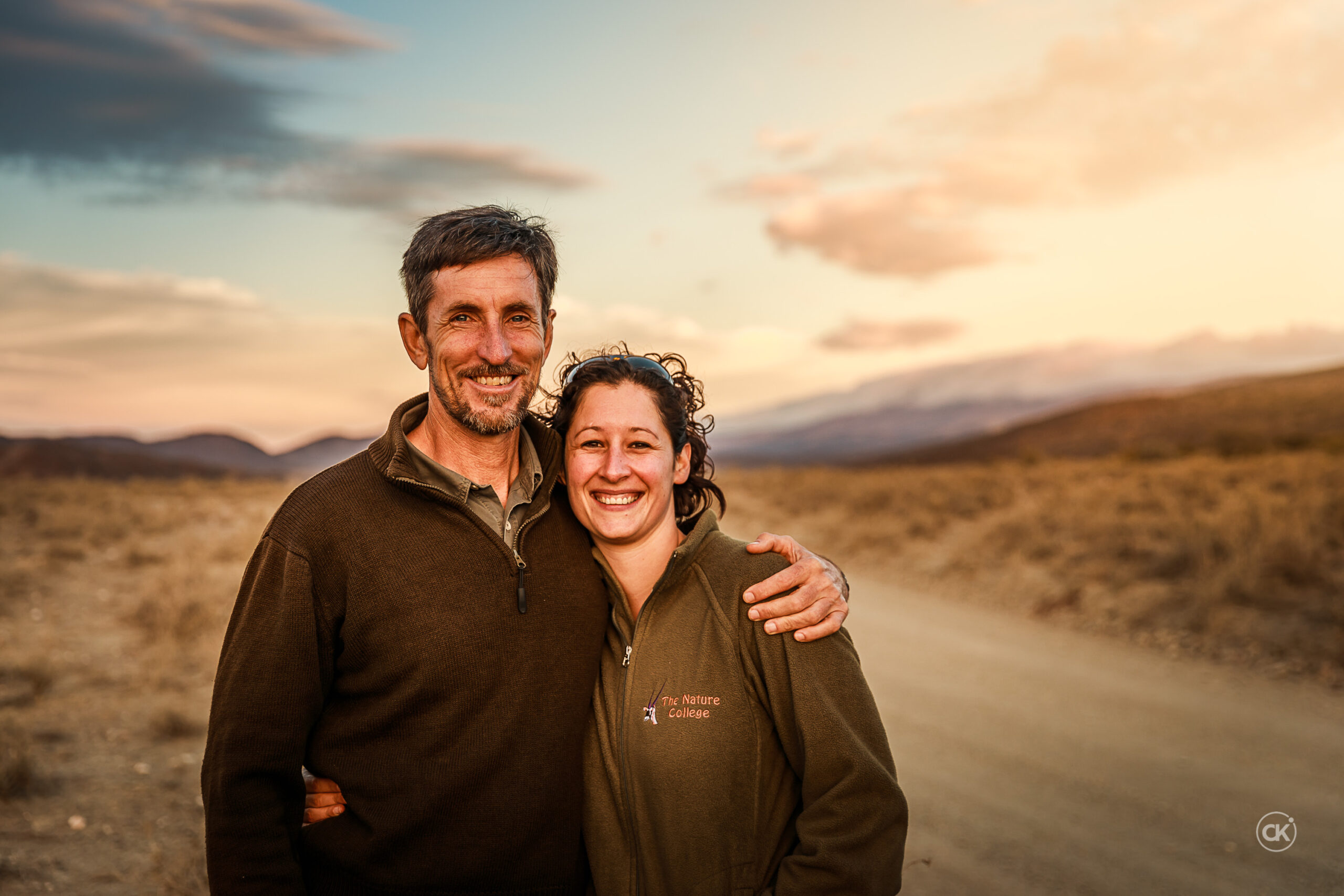 Nadia Lourens is the new Managing Director of The Nature College, under the guidance of Johan Fourie. She comes to The Nature College with 13 years of hospitality experience in England, South Africa and Botswana.

Her main focus over the years has been in the lodge industry and assisting with guide training where possible at The Nature College. Nadia has a Diploma in Hotel Management and EQF5 in Digital Marketing, and is a qualified CATHSSETA Assessor and Moderator and NQF 4 Nature Guide. 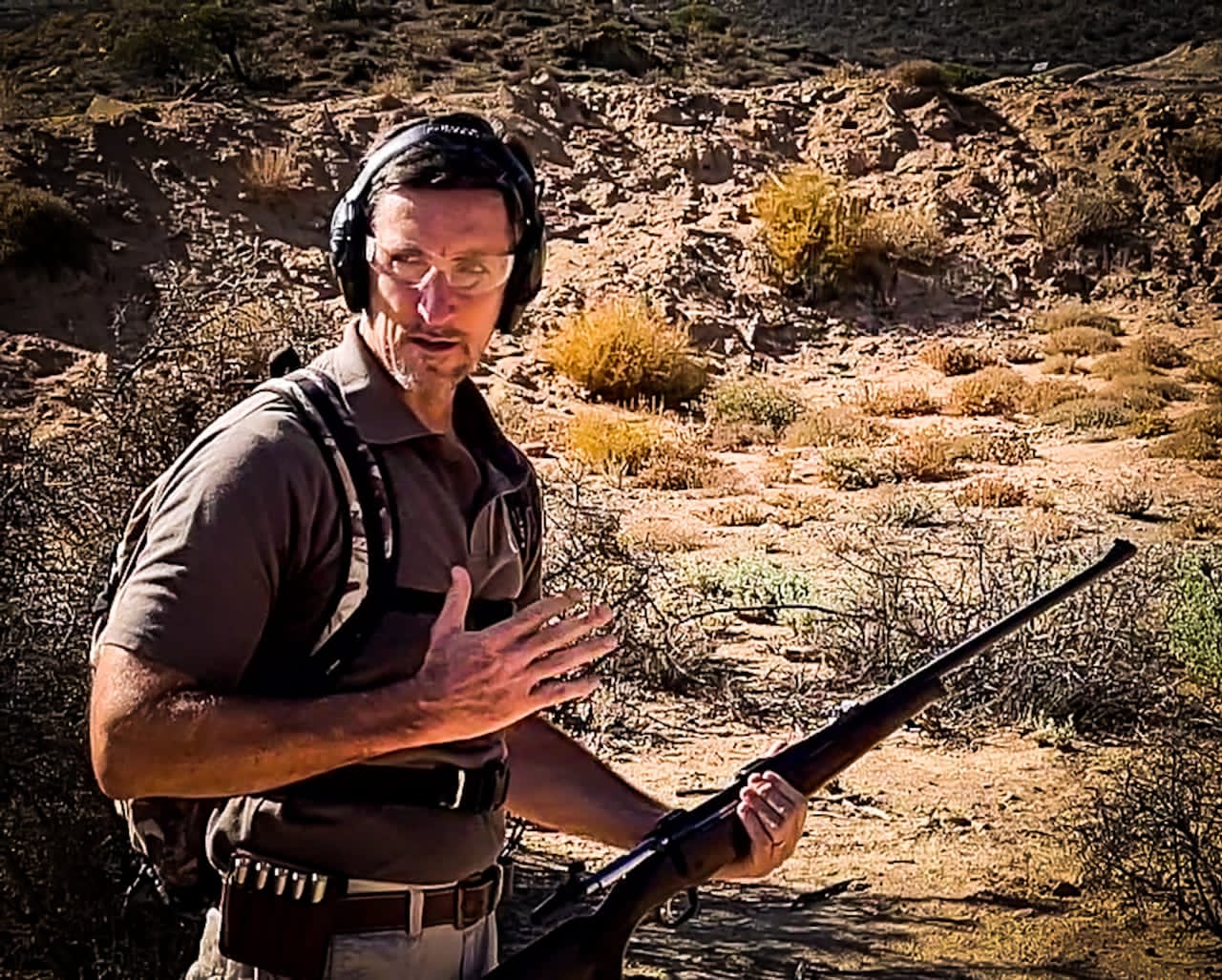 Danie Lourens is a Director of The Nature College and has been part of The Nature College team since 2004. He is a highly experienced training facilitator and CATHSSETA Assessor. His experience in the training field has enabled him to travel throughout South Africa and to qualify as a CATHSSETA NQF 4 Nature Guide, Full Trails Guide and Cyber Tracker Level 3 Tracker in five of the South African provinces.

Danie Also holds a FGASA Professional Guide and FGASA Professional Trails Guide qualification. He brings with him more than 19 years of experience in nature guiding, training and the lodge industry. This experience includes holding a senior management position at a world-renowned five star reserve for seven and half years. Danie is passionate about sharing his knowledge and experience with clients and students alike.

She has years of experience in tourism, hospitality and the lodge industry.

JJ Minye is an Honorary Director of The Nature College, and one of a handful of Master Trackers in South Africa.

He has distinguished himself during the pilot project which led to the development of the CyberTracker. At the time of the Cybertracker project he was employed by SA National Parks in the Karoo National Park.

His skills as Field Ranger also makes him an invaluable instructor in Field Ranger programmes. JJ is also a qualified Level 4 Nature Guide.

Marina Visser has completed one year as a Minister at Rhema Bible School, National Diploma in Nature conservation and BA Technologiae in Animal Health (with a two year research study on the stress levels of six trained African elephants that are used for elephant back safaris.). She started her conservation career in Kruger National Park as a research student, where she assisted in projects such as epidemiology, fire ecology, wild dog senses & observational studies, elephant, buffalo and rhino capture and disease monitoring. She also assisted in white rhino translocation program. As one of the first woman in KNP, she completed her FGASA level 3, SKS (Special Skills in Dealing with dangerous animals) in 2004, she has gained extensive experience in conducting walking safaris in the  KNP since 2001. She is one of the first women leading a 4 day backpack trail in KNP.

She plays an integral role in her local community, farming with Fruit & veg from 2006-2012 creating employment. As owner of Horse Whispers she adopted 30 horses and started a Children’s Skills development Program called “The Nature Centre” for the rural children around Hazyview, Mpumalanga. She also runs a Horse Riding Club for local children for leadership development. In 2015 she started with Horse Assisted Therapy with sexually abused children and disabled children. Marina qualified as an assessor of Field Guides in August 2016 and later as a moderator in September 2016. She runs now a community project that trains and assess new upcoming Field Guides into the tourism industry.

Francois and Jana both assist with field guide training in their separate fields. Francois assists in training with practical modules such as vehicles, maintenance and conservation.

Ed Hill is a Level 4 Nature Guide and a qualified CATHSSETA assessor. His experience includes field guiding in various regions of Southern Africa. He has been an honorary ranger with SA National Parks since 1994 and has held the posts of chairman of iKapa Honorary Rangers and vice chairman of FGASA (Western Cape).

He is responsible for coordinating nature training programs that are run on a part time basis in the Cape Town and West Coast environs through the Mons Mensa Campus of The Nature College.

Marius Brand has 21 years of experience with W-Cape Nature Conservation Board. He started his conservation career in the Cedarberg, before moving to Anysberg. Marius is a CATHSSETA L4 Field Guide Dangerous Animals Areas (qualified through The Nature College), Level 3 Tracker, and also a CATHSSETA Assessor and Trainer.

He has a BTech in Wildlife Management and specialises in the training of Field Rangers and has developed expert knowledge in Leave No Trace application and training in parks.

John Locke lived with nature and wild animals since early childhood, when he developed his bush skills in tune with his conservation and environmental ethics. He became involved in wildlife tourism as trails guide, bush craft instructor and educator since the 1980’s.

A long military involvement in the former Rhodesia honed his bush skills to a high standard. John was one of the first people to achieve FGASA L3 SKS (Dangerous Animals). He also achieved CATHSSETA L4 Dangerous Animals, operating as a lead guide.

Izak Rust is a retired professor of Geology, and is our technical expert for geological publications and training programmes. Izak also acts as specialist guide on his fascinating geology tours.

He is co-author of Introduction to Nature Guiding (SA and Namibian versions).

Dr John Almond is a Palaeontogist by training, having trained at Cambridge . He has extensive experience of the South African geology and Palaeontology, and his expert knowledge is used in presenting scientific field excursions.

He is co-author of the book Advanced Nature Guiding.

Trevor Dearlove started wilderness trails in the Kruger National Park, and has retired from the SA National Parks after a distinguished career in research, field guiding and public relations.

Trevor’s expert knowledge on guiding and interpretation is applied in training and scientific nature tours. He is a CATHSSETA L4 Guide and Training facilitator.

Vetpiet Kleinman was a legend in the Kalahari. He shared with oom Dawid Bester the rare distinction of being a Master Tracker in Southern Africa. His incredible interpretive skills of the signs of the Kalahari desert was the highlight of our Kalahari tours.

Vetpiet was also the chief instructor on our Advanced Tracker Training Programme. Vetpiet was tragically killed in a car accident on 28 March 2004. His skills are lost forever, and we cherish the moments that we have spent together.

Oom (uncle) Dawid Bester was an expert tracker, recognised as one of the best in Southern Africa. Sadly Oom Dawid died on the 1st of August 2001. He was one of only three people to have obtained the certification of Master Tracker. His special inputs in our training programmes was invariably the highlight of many courses.

His wonderful personality and superb tracking skills will be sorely missed. We thank Oom Dawid for the privilege of knowing him and working with him for all these years.